On 13 December, Swedes get up at the crack of dawn to celebrate the festival of  Santa Lucia: schools, shopping centres, the streets — all are full of young girls with fire in their hair, who go round singing beautiful Lucia songs together with an entourage of handmaidens and Santa’s helpers.

The girl who is Lucia has real burning candles in her hair as she leads a procession of young women (and even boys these days, of course) bearing candles. They sing Lucia songs in Swedish – but they originate from the Neapolitan song of Sankta Lucia, which the Scandinavian tradition is based on. 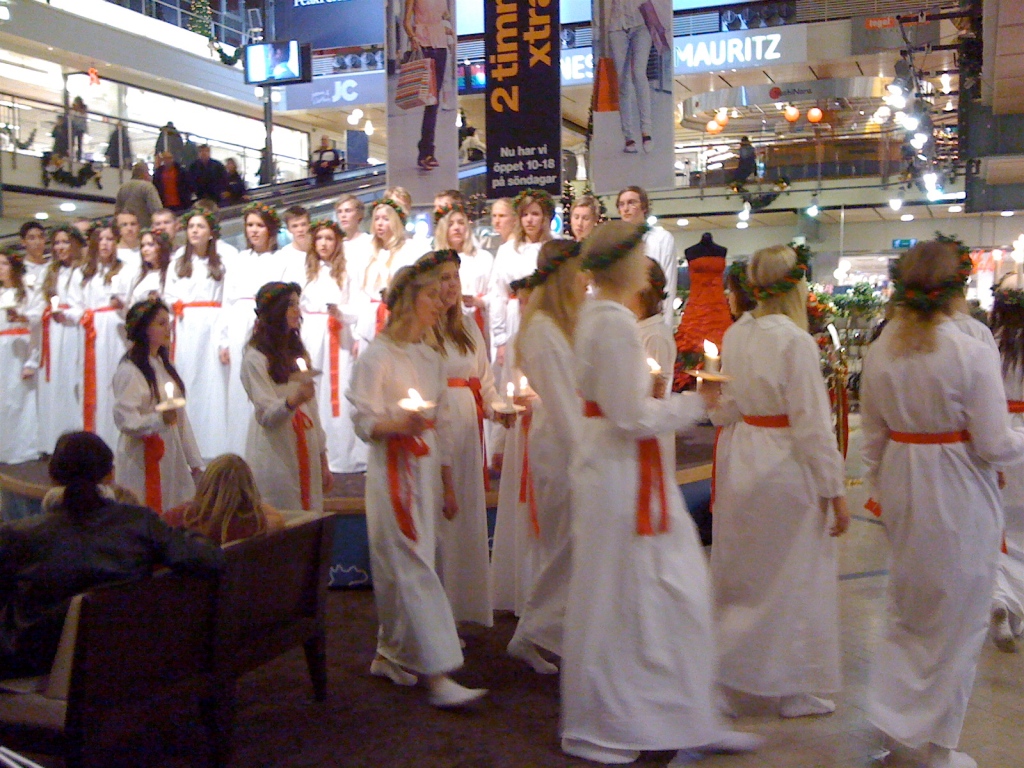 There are several different legends about Lucia. Everyone agrees that she was a young girl living in Sicily in about 300 AD. Some say that she hid persecuted Christians and was burned at the stake for helping them. However, the fire refused to burn her and she ended up having her throat slit. Yes – these legends are a bit gory!

Other stories say that she fell in love with a young man who spurned her. So, in a foolish act of unrequited love, she is said to have cut out her own eyes and sent them to the man she loved. A rather strange way of declaring undying love! But as they say, love is blind…

A more likely story is that in the Julian calendar, December 13th was the longest night of the year and people in the olden days believed that evil spirits were abroad then, so they burned lots of fires to keep the spirits at bay.

Whatever the origins, this Italian saint is now the Scandinavian symbolic figure: the bringer of light. It’s all about bringing light to the darkness of winter, of bringing warmth into the cold. 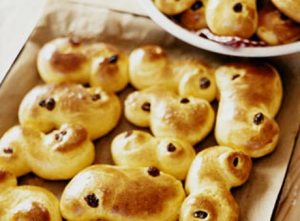 Saffron buns (but not made by me!)

And, of course, it’s all about food and drink! This is the time when Swedes go mad in the kitchen and bake up storms of gingerbread and Lucia buns – more commonly called, Lucia cats (lussekatter in Swedish). These are saffron-flavoured sweet buns shaped like curled up cats with raisins for eyes. You eat these  morning, noon and night – washed down with coffee or glögg. Glögg is like mulled wine spiced with cinammon sticks and cloves. You put raisins and almonds in a small cup and then fill up with glögg – and drink. You then use dainty little teaspoons to eat up the wine-soaked raisins and almonds…

And, now – if you’ll excuse me. I can hear a Lucia cat meowing to me from the kitchen!

For more glimpses into other parts of the world, please visit: My World!

42 thoughts on “Of saffron buns and bringers of light”